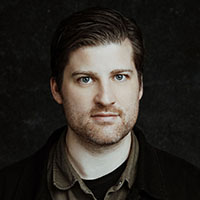 Brian got his start on set as a crew member, which became his film school. Having worked on such films as Mission Impossible: Ghost Protocol as well as Cabin In The Woods, he’s taken this unique experience and branched out into writing and directing himself. “In The Shadow Of God” marks Brian’s second film.