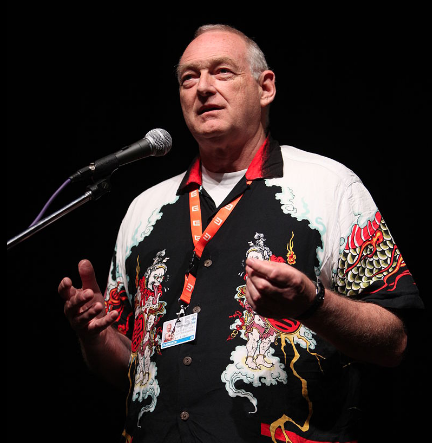 Brian Trenchard-Smith is an Anglo Australian film and television director, producer, and
writer, with a reputation for large scale movies on small scale budgets. Quentin Tarantino
referred to him in Entertainment Weekly as one of his favorite directors. His early work is
featured in Not Quite Hollywood, an award-winning documentary released by Magnolia in
August 2009.

Born in England, where his Australian father was in the RAF, Trenchard-Smith attended UK’s
prestigious Wellington College, where he neglected studies in favor of acting and making short
films, before migrating to Australia.

His body of work has been honored at the Paris Cinema, Karlovy Vary, Melbourne, Brisbane and
Toronto Film Festivals. In 2016 he received a Lifetime Achievement Award from the Fantaspoa
International Fantastic Film Festival. The National Film and Sound Archive of Australia recently
hosted a three city retrospective of his films. He is a member of the Masters of Horror Circle, and
is a contributing guru to Trailers From Hell.com. He is married to Byzantine historian Dr.
Margaret Trenchard-Smith, and lives in Portland, Oregon.

His debut novel Alice Through The Multiverse was recently published on Amazon and Kindle, and he is currently putting the finishing touches on his next book Adventures in the B Movie Trade.